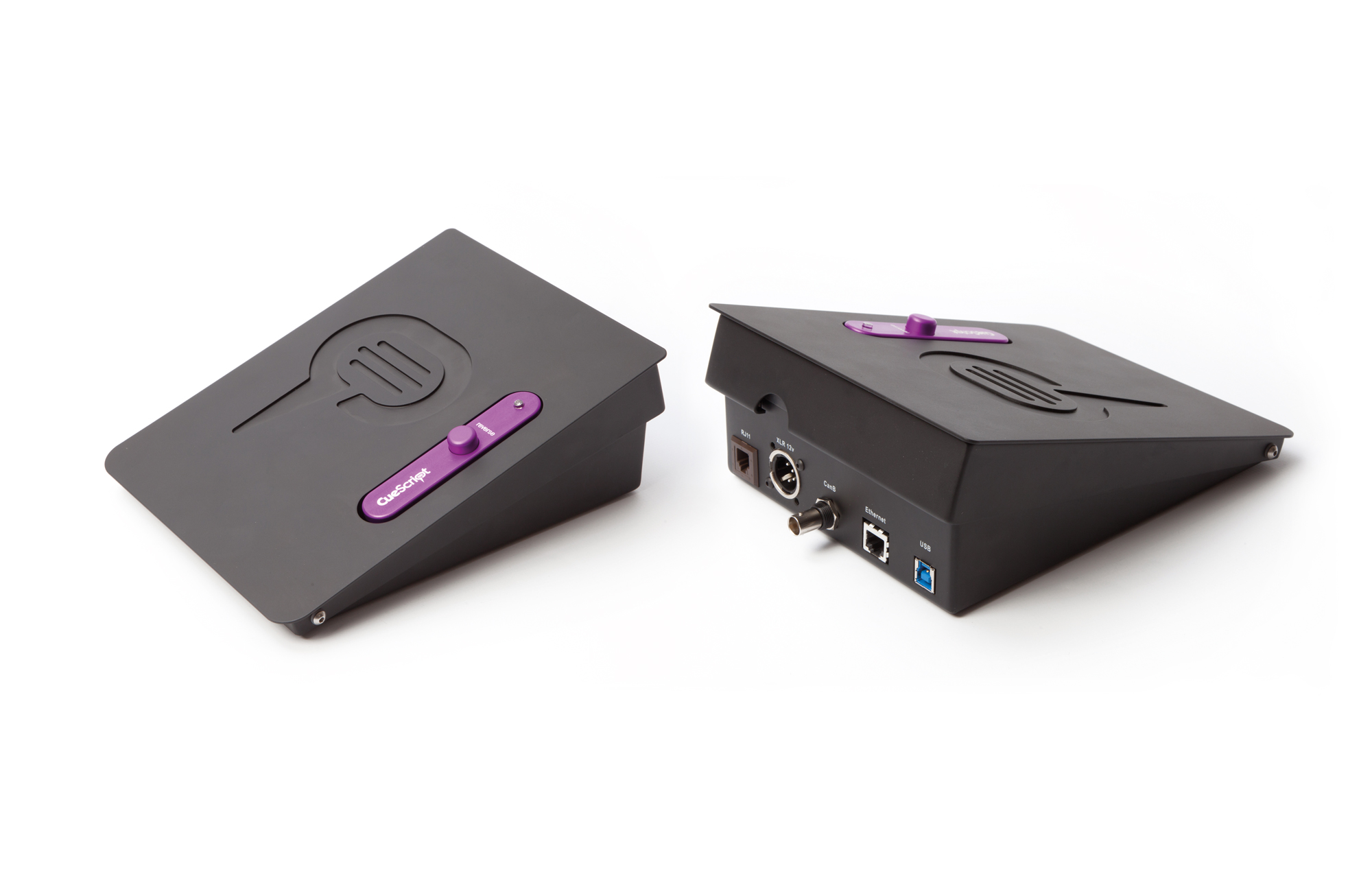 CueScript’s foot control device that operates and adjusts the speed and direction of scrolling text on the prompter.

With a stylised and sturdy design, employing the very latest components for durability and reliance, the CSFSC Foot Scroll Control uses a capacitive encoder (CE) to give finite control and 100% reliability. Much like an accelerator pedal, the further the pedal is pushed, the faster the scroll of text. Carefully designed and engineered to provide the optimal balance of sensitivity, resistance and comfort, whether standing or seated.

Features an instant reverse button, allowing the pedal to be forward scrolling and the button to be reverse for better control, and the option of an additional auxiliary programmable command button, configurable within CueScript's CueiT software.

Additionally, the CueScript Desktop Scroll Control (CSSC) can connect to the CSFSC to act as a presenter desk pad. Connection is via RJ11, so power is shared and quick command buttons are easily accessed by the presenter. These allow navigation around the script and trigger configurable commands within CueScript’s CueiT software, when controlling the speed and direction of scroll by foot.

Our equipment and experienced, professional and friendly team are available for hire worldwide.